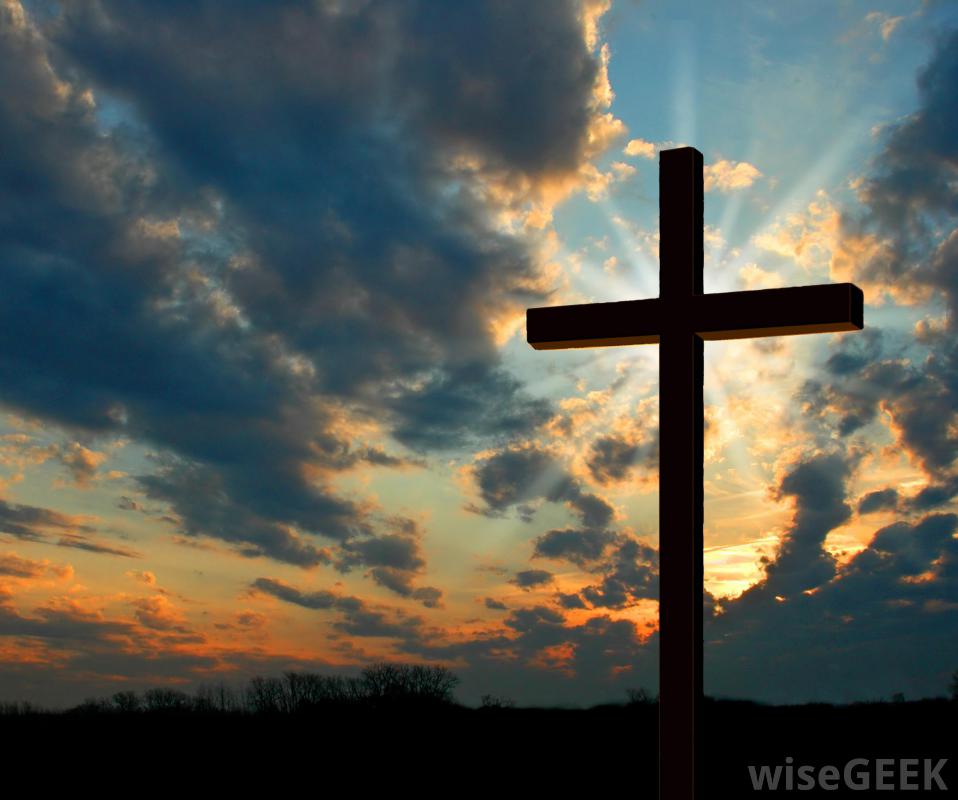 The United Kingdom came to a halt on 26th April 2020 at 11 am when people from all over the country stood for one minute’s silence and reflection. It was an act of honouring the doctors, nurses and health care workers who have died as a result of serving the Coronavirus patients. In this simple but profound act of respect and appreciation the nation said thanks for the ultimate sacrifice that these dear public servants made in giving their lives.

One of the doctors was Dr Adil El Tayar, a 64 year old transplant surgeon from Sudan. He died on 25th March in London and was buried in Sudan beside his father and grandfather with no family present. A cargo plane transported the coffin to Sudan. We honour the sacrifice of all the doctors who have died serving in hospitals.

At the very heart of Christianity is the story of the cross where the Lord Jesus Christ paid the ultimate sacrifice when He gave His life to save lives.

The details surrounding the death of Jesus make painful reading. The record left in the Bible by John the Apostle is found in John chapter 19. There are different characters involved in the events that unfolded on Jesus’ last day on earth.

Let us consider some of the individuals mentioned in John chapter 19:

What did it mean to the soldiers that Jesus died on the cross? It meant NOTHING.

What did it mean to Pilate that Jesus died on the cross? It meant SOMETHING.

What did it mean to Mary that Jesus died on the cross? It meant EVERYTHING!

The Soldiers – The Ultimate Sacrifice that meant NOTHING
John 19:1 – 3

“So then Pilate took Jesus and scourged Him. And the soldiers twisted a crown of thorns and put it on His head, and they put on Him a purple robe. Then they said, “Hail, King of the Jews!” And they struck Him with their hands.”

The soldiers made a mockery of Jesus. They crafted a crown from thorn bushes, forced it onto His head and cried in a mocking voice, “Hail, King of the Jews”!

They took the liberty to abuse Jesus, they spat in His face, struck Him with their hands and pulled the hair from His beard.

To these Roman soldiers, Jesus was a nobody and He meant nothing to them. For them to fulfil the demands of the sentence, they had to take Jesus and nail him with hands and feet to a Roman cross but it did not mean anything. To them He was just another prisoner. They stripped Jesus of His clothes and they gambled for His seamless robe.

From the soldiers’ actions at first we understand that there was no appreciation of who Jesus was or why He was giving His life. There are many in the world today for whom the death of Jesus on the cross of Calvary means NOTHING.

Pilate – The Ultimate Sacrifice that Meant SOMETHING
John 19:12 & 13

“From then on Pilate sought to release Him, but the Jews cried out, saying, “If you let this Man go, you are not Caesar’s friend. Whoever makes himself a king speaks against Caesar.”

When Pilate therefore heard that saying, he brought Jesus out and sat down in the judgment seat in a place that is called The Pavement, but in Hebrew, Gabbatha.”

As the Roman Procurator in Judea, Pilate had the authority to sentence a man to death or release him. Pilate was intrigued to meet and to have a personal interview with Jesus. He interrogated Jesus and concluded that He was innocent and not guilty of death. Having been counselled by his wife not to get involved with Jesus, Pilate made every attempt to release Him as there was a custom for a prisoner to be released at that time of year. However, the pressure from public opinion was overpowering and Pilate, against his better judgement, scourged Jesus and released Him to be crucified.

Many people today are represented by Pilate. They are fascinated or intrigued by Jesus and they have a knowledge of the truth about Him but they lack the courage to make a decision to accept and follow Him as Saviour and Lord. The influence of the crowd is too strong and so Jesus and His ultimate sacrifice does mean SOMETHING but not enough for people to fully surrender their life to Christ.

Mary, the mother of Jesus: The Ultimate Sacrifice that meant EVERYTHING
John 19:25 & 26

“Now there stood by the cross of Jesus His mother, and His mother’s sister, Mary the wife of Clopas, and Mary Magdalene. When Jesus therefore saw His mother, and the disciple whom He loved standing by, He said to His mother, “Woman, behold your son!”

Four women stood at the cross and witnessed Jesus die. How emotional it must have been for each one of them but especially for Mary, the mother of Jesus. They loved Jesus deeply and He had meant so much to them in their personal lives and salvation.

In Scottish history in the year 1685, four women appeared in a court of law charged with attending a Christian gathering. They had broken the law and they were guilty as charged and were sentenced.

One of the women was sentenced to drowning in the Solway Firth. She was 70 years of age. One other girl was also sentenced to drown with the proviso that if she changed her mind and recanted her faith her life would be spared. Margaret Wilson, at 18 years of age, refused to recant. She was led into the water and tied to a stake when the tide was out and was duly drowned when the tide returned. Her last words as they led her to the stake came from Psalm 25, “Oh my God I trust in thee let me not be ashamed.” To these women Jesus and His ultimate sacrifice on the cross meant EVERYTHING.

We salute and honour each life as we reflect on doctors, nurses and health care workers who have been willing to give their lives for others. However, the challenge for us is also to reflect personally on the ultimate sacrifice that Jesus made when He gave His life on the cross.

Many years ago I stood in the Omaha War Cemetery in North France to pay my respects and to honour 10,000 soldiers who paid the ultimate sacrifice on D Day, 6 June 1944. On the walls of the garden of remembrance I read these words from John 15:13:

“Greater love hath no man than this, that a man lay down his life for his friends.”

2 Corinthians 5:21 “God made him who had no sin to be sin for us, so that in him we might become the righteousness of God.”

*Once Again by Matt Redman